The Postal Service is an American electronic musical group composed of vocalist Ben Gibbard (of Death Cab for Cutie) and producer Jimmy Tamborello (of Dntel and Headset) with Jenny Lewis (of Rilo Kiley) on background vocals/keyboards & samplers live.

The group formed after Gibbard contributed vocals for a song called “(This Is) The Dream of Evan and Chan” from Dntel’s album Life Is Full of Possibilities. The song sparked an EP of remixes by other artists, such as Lali Puna, The Flaming Lips, Safety Scissors, Barbara Morgenstern and Superpitcher, and was so well received that the two artists decided that further collaboration was in order.

The band’s name was chosen due to the way in which it produced its songs. Tamborello wrote and performed instrumental tracks and then sent the DATs to Gibbard, who edited the song as he saw fit (adding his vocals along the way), and sent them back to Tamborello through the United States Postal Service. The third member of the band, Jenny Lewis, lived in the same apartment complex as Tamborello and would record temporary vocals for several of the album’s tracks before eventually becoming a full-fledged member of the band sharing vocals and instrumentation in their live shows. 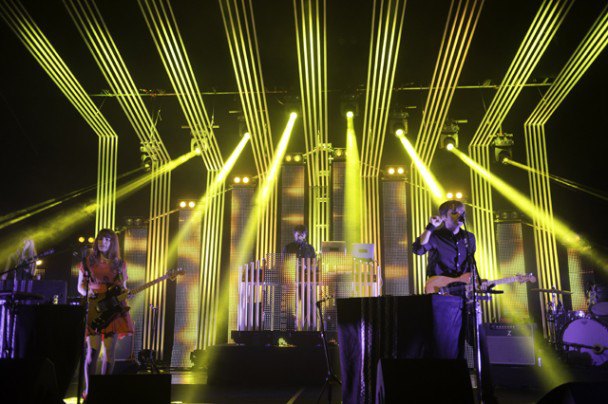